Revelation - If Piper of Azathoth is in play, deal 1 horror to each investigator at its location and at each connecting location. Otherwise, put Daemonic Piping into play next to the agenda deck.

If there are 3 copies of Daemonic Piping in play, discard them and spawn the Piper of Azathoth engaged with its prey (from any out of play area). 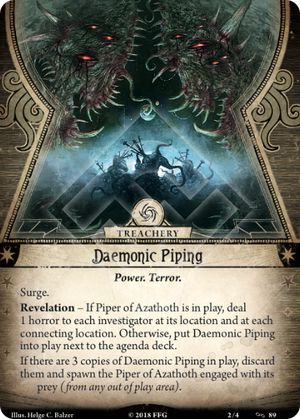