As an additional cost to enter Patient Confinement, you must spend 1 clue.

The heavy metal door is firmly shut and locked from the outside. The thin slit that would allow you to peer inside the cell is stuck. 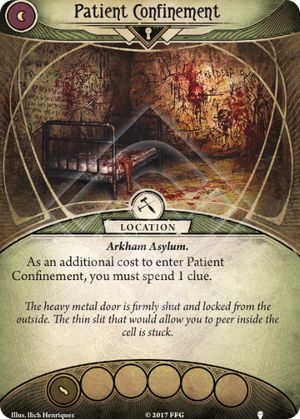 Forced - After Patient Confinement is revealed: Advance to act 2b. 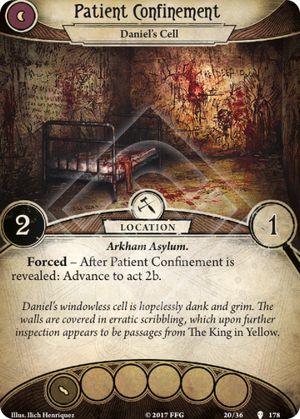