Jerome Davids
In Way Over His Head

When an investigator at your location draws a treachery from the encounter deck, exhaust Jerome Davids and discard cards from your hand with a total of at least 2 icons: Cancel that card's revelation effect. 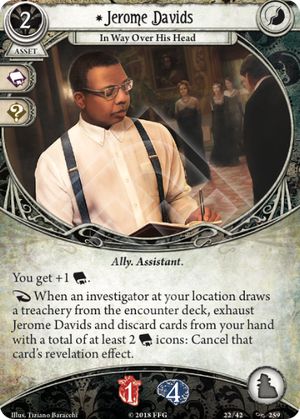 Not exactly the most comprehensive review here, but Jerome is really good. You get:

On top of that, he only costs 2 resources to install (two resources and a actually, but few allies can be played as a .

That all being said, he's probably best for a cluever (because that's who wants that passive boost), and especially for the faction, because they tend to have the most icons.