Tonight Michael, I will be... Mark Harrigan

Stars in their Hyades 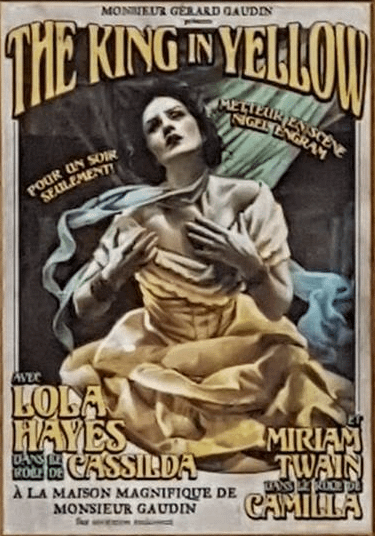 This is the first in a series of decks showcasing the ability, or lack thereof, of Lola Hayes to mimic another investigator.

Theoretically Lola can turn her hand to anything other investigators can do, limited only by her capped experience levels, the requirement to build across 3 factions and of course her notorious gameplay restriction - role selection.

To this end there are three aims to each build:

It is of course a bit too restrictive to aim to achieve points 1. and 2. in their entirety with Lola's restrictions, but point 3 allows space for Lola to take creative liberties within her own talents; allowing that fudge-factor to accentuate rather than detract from her muse in question.

In no way should these decks be considered 'expert' or well refined but they should be fun and reasonably playable!

So here we go and on with the show!

The Soldier - Fresh from the Trenches

After several hours method acting the irrepressible Miss Hayes has established the following:

So here taking centre stage is a combat-focused Lola with plenty of draw options. She leans strongly into Mark's level 0 tactic roots to accommodate her own deckbuilding requirements.

Finally, to add her own unique take on Harrigan's bittersweet bravado, Lola forgoes most rogue tactics to instead lean into the succeed-by-mechanic, her way of accentuating the raw strength of the soldier and his risk taking side, including the fact he smokes despite not normally having access to a cigarette case! A second subtheme of the deck is practiced skills, something Mark really likes so Lola felt she'd join in with that party too, again breaking Mark's deckbuilding limitations slightly.

Like any true actress, knowing a study's weakness allow her to get even closer to the core of the solider; namely her Self-Destructive nature at taking damage, her Nihilism on the horrors of war she has seen and the Chronophobia of getting her next shell shock.

The practical aim for Lola is to overcommit skill cards, for which she has a lot! Principally to combat tests, allowing her to draw more from Lucky Cigarette Case and cantip skills, possible extra actions from .41 Derringer or Quick Thinking, bonus damage from .45 Thompson and Vicious Blow and bonus resources from Gregory Gry and "Watch this!".

The choice of tactics and practiced cards in and make for some narrow but interesting options, particularly Practice Makes Perfect. Unfortunately for Lola as written she only has neutral and practiced cards as a a valid targets for PMP when played in a seeker role. As such the neutral versions of overpower and perception were added to ensure some extra value to PMP, and to give a bit less pressure on role swapping. Of course Lola always studies hard to get into her role, so Studious gives her a slightly stronger start with her larger deck size with the free draw and again reduces pressure on the role swap by reducing the number of cards in the deck. The improvised suite is just perfect for a succeed by theme and happens to be tactic traited too.

Concerning her signature weakness Crisis of Identity, the plethora of skill cards and ever present improvised suite should help support a board wipe of assets from one class. Lola's nothing if not flexible right?

This deck probably finds it's home in a multiplayer game, principally enemy rich scenarios with swarm. It might cope solo with some cards swapped in like Lesson Learned, plus some unthematic Lockpicks and her melodramatic co-star Grete Wagner.