Tonight Michael I will be... Patrice Hathaway

Stars in their Hyades 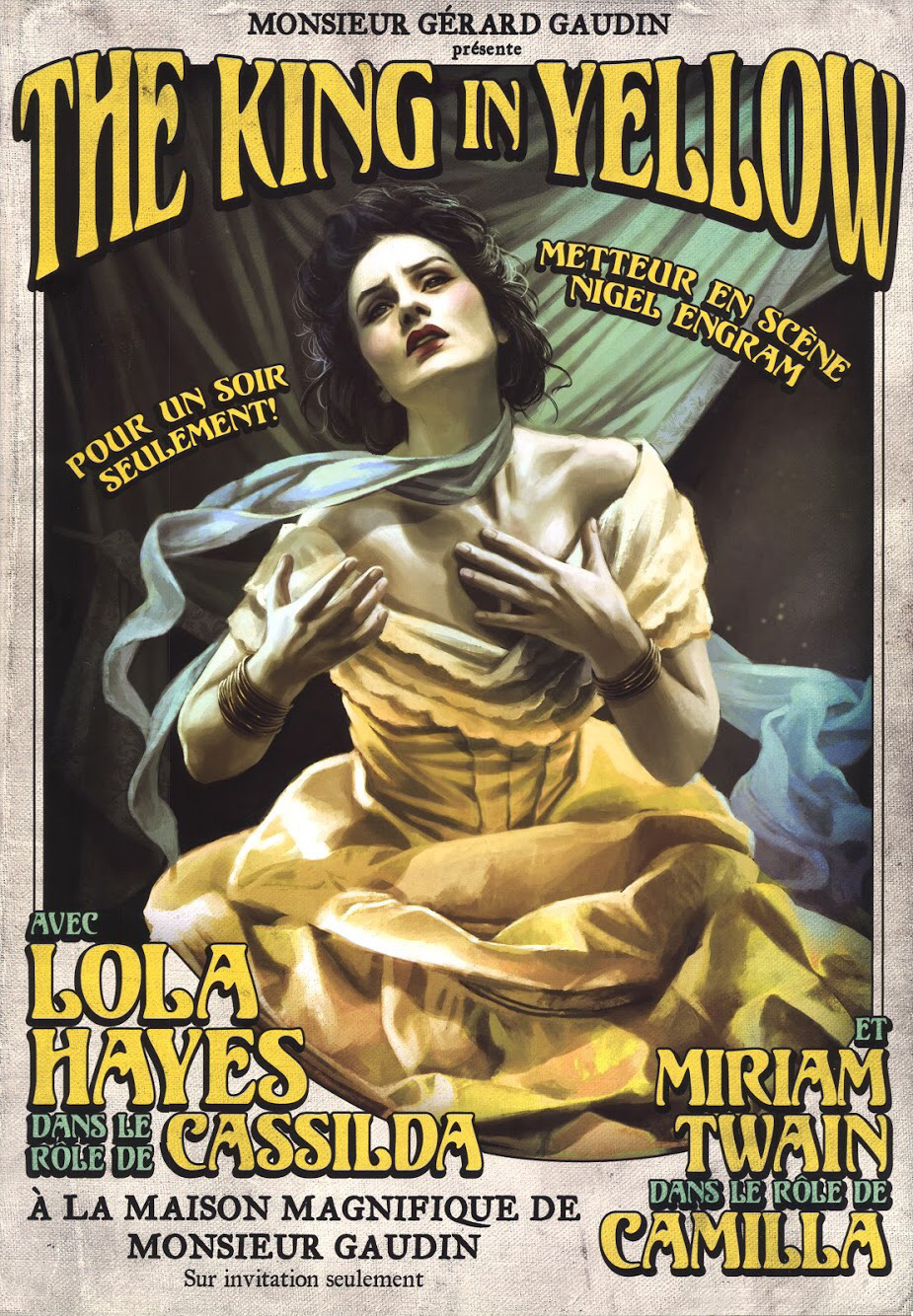 This is the second in a series of decks showcasing the ability, or lack thereof, of Lola Hayes to mimic another investigator.

Theoretically Lola can turn her hand to anything other investigators can do, limited only by her capped experience levels, the requirement to build across three factions and of course her notorious gameplay restriction - role selection.

To this end there are three aims to each build:

It is of course a bit too restrictive to aim to achieve points 1. and 2. in their entirety with Lola's restrictions, but point 3. allows space for Lola to take creative liberties within her own talents; allowing that fudge-factor to accentuate rather than detract from her muse in question.

In no way should these decks be considered 'expert' or well refined but they should be fun and reasonably playable!

So here we go and on with the show!

The Violinist - Keep Playing until the Final Bow

Patrice is an odd fish, but interestingly one quite close to Lola's modus operandi, in that at any given time there is a restricted window in which to play cards round to round. Of course the mechanisms of how these two ladies get restricted are quite different, but undeterred Lola has made it her business to get under the skin of her latest muse.

So behold the Diva of Draw, the Duchess of Discards, your Bow wielding Beauty and Negator of Nightmares, for one night only it's Lola Hayes as Patrice Hathaway!

To accommodate this lofty title, Lola's deck is focused on draw and discard options. The latter is not that easy to do reliably but between Scroll of Prophecies and Cornered we get key tools to at least mimic frequent discarding. There are also a few cantrip skills that boost draw, on top of her Improvisation. Using and roles is a given but choosing her third main class was more difficult. Either way due to Patrice's deck size, it was practically a requirement to utilise Versatile to get the deck size up to 40 - like a good method actor, Lola needed to put on a few pounds to get herself stage worthy for a musical performance!

For Lola's personal flare I did toy with using Occult Invocation, Glimpse the Unthinkable or getting the Occult Lexicon for some Blood-Rite to maximise the draw/discard theme. However the key piece that was missing was her violin. It obviously made some literal sense to go with the Ornate Bow as a suitable and slightly accurate substitute, however support for this wasn't amazingly forthcoming in . So moving more to the musical side Lola tapped into the guardian musical scores with the Soothing Melody from the Hallowed Mirror and the promise of some enchanting, adVenturous, inspiring and ultimately daring performances ahead. The synergy to reload the bow could be clutch for big enemies, although it is a shame inspiring presence won't trigger off a bow attack, but it still could be mighty fine for the army of cats that could form part of the performance. Blood Eclipse is more of a stretch to include, but I wanted to maximise the use of the willpower/mystic side and play into the mystic theme of spells.

Speaking of mystic theme, I considered some spell assets but realised I may be putting my board state more at risk from Crisis of Identity so this time was the back up role leaning more on the spell event suite. Also using Scroll of Prophecies increases the risk to mystic assets from crisis so it made sense to limit mystic assets past Four of Cups and the scroll. I had considered the Sword Cane too but with the bow and scroll it competed for hand slots, plus with skills/cornered etc there are plenty of ways to boost key tests.

Survivor is the main role here but is also vulnerable to crisis. With A Glimmer of Hope, there are still ways to stay in the game, should crisis wreck the survivor rig, but I'd expect scroll to help pull some crisis out just to protect the survivor set up.

Finally, to restrict her hand size Drawing the Sign made a lot of mechanical sense, while Obsessive actually could be more of a boon than a weakness for her current play style but again forces some of the discarding that is core to Patrice.

Considering weaknesses, the Watcher from Another Dimension can't really show up in the same way to mess with Lola. What he can do is send his little brother Your Worst Nightmare to try cause some havoc while he gets on with some dimensional spring cleaning. It was a consideration to use the other hidden 'Oath' weaknesses but they don't quite up the ante like an enemy weakness.

The key asset is Cornered to ensure reliable discard options with back up discards from Scroll of Prophecies plus any cantrip skills you can throw at a test. Many cards have multiple icons or so committing not only helps discard cards but also draw. Once you have cornered it should be no real issue to throw away cards each round for boosts, holding on to Nothing Left to Lose to bring you back in the game and actually feel like Patrice for a turn.

Considering weaknesses, any deck with a lot of draw needs to consider how to manage Crisis. Scroll of Prophecies can allow to be the protective role, deliberately trying to draw into Lolas weakness. Unfortunately Nothing Left to Lose can be a bit of a liability if not used with caution, considering the number of assets that could be in play. There is more flexibility in when to utilise this card than might seem, as it can primarily be used as a resource card with 5 cards in hand or to get a total refill of both resources and cards later in the game when weaknesses are less of a problem. Early game without any assets in play you could still push for maximum card draw too.

Combat is fairly well covered in with the neutral bow, with some nice support from the cats and if needed. Clue tech in the form of Fortuitous Discovery is likely going to be quite powerful mid to late game, but early game throwing cards at investigate tests is the way forward.

This Lola is multiplayer flex focused, with a slightly stronger lean to evasion and combat and plenty of versatility. For solo you might want to consider swaping out Your Worst Nightmare for something like The Thing That Follows, but keeping it in is an option too! With more exp I'd definitely want Charisma to avoid the cats, Peter and Venturer tripping over each other, but for these decks I'm trying to limit to 3 extra weaknesses and agonised over lots of cards Patrice would like but didn't fit in this build. There is always a strong argument for Flashlight in Lola, especially with Venturer around, but I figured between Read the Signs and Cornered and possibly Augur investigating should be passable, plus it's another hand slot so not so helpful.

Mark Harrigan - Fresh from the Trenches